Nate sitting in a teepee found in South Mountain 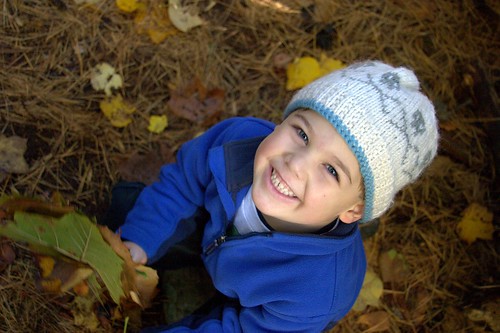 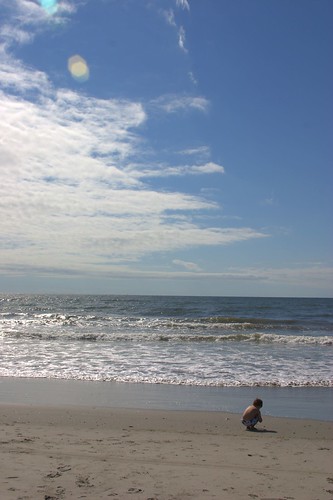 Based on the initial buzz surrounding Google’s recent update to their Image Organizing/Editing application, Picasa 2, I was eager to check it out.

However, what I hadn’t read about before downloading, and was pleasantly surprised to discover, was that the Picasa update supports viewing and editing photos saved in my Canon 300D’s native CRW RAW file format! Awesome!

I still will probably use Photoshop for its much more advanced image editing capabilities, but for quick cropping, level adjustments and black and white conversions (with color filtering) I will likely stay within the Picasa 2 environment.

Best of all, Picasa is still offered as a free download.

Sometimes I like to quickly troll the raw link feed from del.icio.us because you never know what gems you might find.

For instance, I caught a link to imgSeek, which is a photo collection manager with content-based search. Basically this means queries can be express as a rough sketch or you can start with a single image and find similar images in your collection. For example, select a sunset as your starting image and imgSeek will find images with alike characteristics. Very cool!

Best of all… imgSeek is Open Source Software written in Python.

Binaries are available for Linux and OS X. imgSeek will run under Windows, but there’s a licensing issue with one of imgSeek’s libraries (QT 3.x), which prevents the author from distributing a Windows native binary for the time being. I’m sure that’ll be worked out soon, but in the meantime I’ll be checking it out under Debian.

Another Photography-related link found via /. points to a recent post on the Digital Photography Blog where they have assembled a collection of Photography Composition Tips found on the net.

Most of these are obvious to the professional photographer, but being that I’m not, I found many of the tips helpful.

Like for example, these tips on taking night or low-light digital photographs. (which, BTW makes me want to apply the Firmware Hack to my D300 so I can “enable” ISO 3200 ;-)

As an aside, spidergoat2 posted by on /. an astute observation…

“People with spend hundreds or thousands of dollars on technology like PCÂ’s, cameras, software, etc., but wonÂ’t spend $15 on a book about how to use it.”

Spurred largely due to the 300D’s similarities with the 10D, rumors of the potential for hacks have been widely discussed in the forums on DPreview.

I’ve been passively following the 300D firmware hacks for weeks to get the skinny.

Yet I’m still on-the-fence with regard to installing a hacked firmeware upgrade due to the fact that it will void my warranty.

On the plus side however, the 300D firmware hack “enables” Flash Compensation, ISO 3200 and Mirror Lock, among others, which are exceedingly tempting.

I can always revert back to the Canon OEM firmware — Assuming of course that the camera still functions.

As an aside; found via the /. thread, was a link to Liem’s Digital Rebel Tricks, which provides excellent details about the Russian Firmware hack as well as a number of other useful tricks…

Such as my personal favorite…

Alain Briot, described as one of the most successful landscape photographers working in the U.S. today, takes his Canon 300D Digital Rebel to Paris and details his intriguing conclusions on Luminous Landscape, such as the following:

“In evaluating the final results from my two weeks photographing in Paris, and while actually looking at prints done from my 300D images, I find these prints to be comparable to 4×5″, in terms of sharpness and overall image quality, in size up to 11×14 and maybe even larger”

Thanks for the link Les! (When will we see your photoblog? ;)

Nostalgia: In the mid-80’s the Sunday Matinees were sweaty, smelly, sometimes scumbag filled Slam Dance Fests, but man… were they fun!

Lately, I’ve been doing some research into the latest crop of Digital SLR cameras from Canon. Of course, I’d be nowhere without the help from my friend and coworker Les, who needs to get his weblog/photolog online ASAP (but that’s another story).

Anyway, initially I was led to the Canon EOS 10D, by Anders and Les, which is an awesome pro-consumer camera, based on the reviews and sample pictures that that I’ve seen.

However, Canon just made the move to Digital SLR a bit closer to reality, with the release of the Canon EOS Digital Rebel (aka Canon EOS D300)

I’m still playing with imaginary money, but it’s very tempting given the fact that we can re-use our Canon EF lenses from our older Canon EOS Rebel 35mm film camera as well as the external flash.

Hmmm, maybe an after Christmas gift for the family? And maybe we’ll win the lottery too? :-)

Expressions seems to be filling an up-and-coming blogging niche and at $2.50 per month, it’s certainly reasonably priced.

“Expressions! is a hosted media blogging system that makes it easy for anyone to create and maintain their very own photo or media blog. It has been designed and developed by fellow photographers, artists and bloggers to meet your specific needs.” (via Ben)

This could be fun…

“If you live in the US, have a digital camera, an email address and a
passion for telling stories with pictures, we invite you to take digital
photographs from May 12-18, 2003 and submit them to the
America 24/7 web site.”

I finally updated the gallery of photos Catherine and I have taken over the last 4 years of our dog Pinto, who we believe is a mix between Great Dane, Fox Hound and American Bull Dog, but feel free to make your own guess … He’ll always be a 90-plus pound puppy to us.

I find it so inspiring to peruse the Photo Blogs indexed @ Photoblogs.org. It makes me want to take more pictures…

My sister Susan took some great pictures at our wedding. Here’s an Ofoto link to the first set of pictures.